Fairwayrock, based in Aberdeen, has won a Scottish Green Apple Environment Award in the international campaign to find the greenest companies, councils and communities.

Fairwayrock are a marketplace which aim to reduce waste and increase transparency within Industry. This is done by ridding the market of unnecessary procurement costs and lengthy processes. This has allowed companies to meet environmental and efficiency goals within the oil and gas sector.

They competed against more than 200 other nominations in the Scottish Green Apple Awards for Environmental Best Practice, and they will be presented with their trophy and certificate at a presentation ceremony in March, 2020.

As a result of this Green Apple Award success, they have been invited to have their winning paper published in The Green Book, the leading international work of reference on environmental best practice, so that others around the world can follow their example and learn from their achievement.

They could also progress to represent their country in the Green World Awards 2020 and have 100 trees planted in their name as part of the United Nations Billion Trees initiative.

The Green Apple Awards began in 1994 and have become established as the country’s major recognition for environmental endeavour among companies, councils, communities and countries.

The awards are organised by The Green Organisation – an international, independent, non-political, non-profit environment group dedicated to recognising, rewarding and promoting environmental best practice around the world. 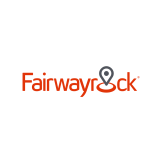